e Gaumee Party has submitted a revision to People’s Majlis on the “protest bill” which will effectively relegate protesting and demonstrations against working conditions in resorts to Maumoon era. Although the party maintains that the revisions are to protect the workers rights, its far from truth. The most probable reason for these revisions to law seems to be that the Gaumee Party has received fat wads of money from the Universal Group, following the protests at Kurumba Maldives. The party has effectively given up on support of the people as its popularity is at an all time low and funding from resort owners are most welcome at tough times. 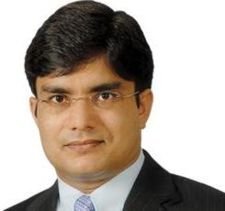 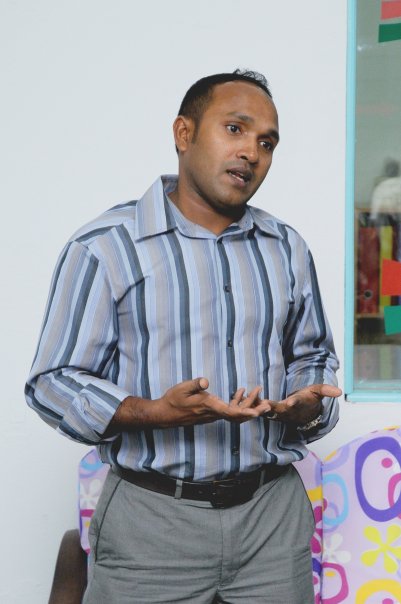 Under the new proposed revisions to the “protest bill”, the employers will have to be given 2 days notice prior to a strike, which is ample time for the employers to serve warning letters, suspensions, dismissals or anything to prevent a strike. Also the revisions require protests be legal only during daytime and for 2 days. Such restrictions on freedom to demonstration against perceived injustices, will be laughed at in most countries in the world. However it remains to be seen how the Majlis (parliament) will react to the revisions. The signs are not encouraging as the Majlis is filled with opposition candidates who are basically against everything the government does or says be it good or bad! The right to protest and the right to freedom of speech were effectively wrestled from Maumoon era by force by freedom loving people. Its sad that the same rights and privileges are going to be scrapped by the Majlis under the spell of corruption, money and self interest, contrary to all spirits of democracy and liberalism.

Its no surprise that Universal Group may lobby for such amen

dments to the constitution by pouring substantial monies to political parties like the DQP, as the Universal Group is not known for its respect of the rule of law, or by fair-play in business, or care to workers. If the amendments go through the parliament and get passed by the half-awake majlis, it will be a sad day for the country and a gloomy one for the workers. Workers in the tourism sector in Maldives are indisputably the most productive and useful for the country as a whole and yet the most neglected in some resorts. Although there are resorts which treat workers fairly, these resorts are few and far between. However as always happen in real life, the bad guys need not be many, they need to be effective: in this case, this is like the Universal Group against the whole country and thousands of nameless faceless workers and they are poised to win thanks to corruption and self interest.

That was a comment by a recent guest to Kurumba who actually witnessed the strike action in Kurumba writing in Trip Advisor site. The guest mentions that the management of the hotel made no effort to explain the situation and that they (the guests) do not blame the staff for protesting against their poor facilities. They just believed that it should have been handled better by Universal the company that owns the island.

These are just typical lines of thinking by average guests and hotel managements shall be wary of thinking they scored points against protesting staff after intimidating them to end their legitimate strike by using security forces on made up charges. The sympathies of the guests are invariably with the staff when its known that the employer ill treats them. In the case of recent Kurumba strike, there was very little the management can, even if it tried to explain to the guests what caused the strikes in the first place because it would have raised more questioned than it would have answered.

The bottom line is that there is no excuse for not addressing the legitimate concerns of the staff because in the long run its far more cost effective to well treat the staff than to be mean with them. Kurumba certainly has played dual personality of the mean employer to the staff and the ever so gentle hotelier for the guests for too long. Now is the time to discard the dual personae and come clean like a civilized hotelier.

Read the story of the Kurumba strike at Asian Food Worker

After detaining the 19 protesters in Kurumba in the high security jail Dhoonidhoo, the strike came to an end at Kurumba but many questions remain unanswered.
The management of Kurumba does not seem to be bothered about the very valid issues the staff raised and effectively used their connections to the government to silence the voices of the workers. The police maintain the 19 who were detained in Dhoonidhoo were not in detention which is a blatant lie as Dhoonidhoo is the Maldivian equivalent of Guantanamo Bay which is common knowledge. It only shows how unashamed the authorities are in helping out their business partners at the cost of impartiality to legitimate hardworking staff.
The fact that no violence occurred during the whole ordeal and no vandalism were committed by the staff did not seem to register with the authorities, which shows the demonstration was peaceful and for a reason.
In an interview with Minivan News, a director of Universal Group of resorts is said to have reported that the company might have lost 2 million dollars because of the strike which shows the kinds of money this resort in question makes and yet how poorly they are prepared to treat the staff. A case in point is the demand of the staff that there be a minimum wage of 3000rf which is peanuts compared to the money the resort generates from serving to world class clientèle. However the resort would not even consider it, shows how miserly the employer is to the employees.
During the whole ordeal the resort did a great PR campaign which is to their credit. The resort does not have to suffer and the owners does indeed have rights for their business not to suffer. However the important lesson that hitherto humble and law abiding staff arose and demonstrated for a reason sadly does not seem to have sunk to the collective consciousness of the management or owners of the resort. Perhaps it maybe caused by the inwardly policies of the group which blinds them to the reality of how staff are pampered in other resorts. Its now common for most resorts of the country to treat the staff especially well with amenities and services such as hot water, air-conditioned rooms, wifi, organized picnics, celebrating staff birthdays etc as standard and the difference being issues like training, promotion, education and staff exchange schemes, service charge distribution etc.

Relevant links to the story:

Haveeru reports that 19 workers of the Kurumba Maldives were taken to notorious detention facility at Dhoonidhoo after a deadline issued by their employer to return to work passes and the employer is using the police to evict the staff on trumped up charges. The charges include using physical violence on management members and destroying resort’s property. Both of these charges are false and the protesters maintain the employer is using these allegations to smear their peaceful protest not to give in to the modest demands of the protesters.

Recent news from Kurunmba village is that the resort is shutdown for business and the guests has been relocated to other resorts while some guests who opted to cut short their holidays have departed to their countries. Its reported that the whole team of employees are on strike.

The strike was called by the staff who cite ill treatment by the management, poor food and accommodation arrangements, intimidation at work, deception on service charge payout among a long list of grievances. The list of staff grievances were submitted to the top management which was only able to promise better food and accommodation “in the future” and that the pay structure and service charge payout arrangements were said to stand as it is. It shall be noted that the main demands of the workers are better pay and the management failed to acknowledge just that.
Universal Group of hotels which operates Kurunba is notorious for its treatment of workers and its commonly acknowledged fact that workers will apply for job there if other attempts fail at securing a job at other better international brands of resorts where conditions are better. The sad fact of the times is that Kurunba Village despite being the first resort to open in the Maldives, has not learned the lessons from its history. Namely that staff are the most valuable asset a service business has and its indicative of the fact that the resorts occupancy fell to 0% from 85% just one day after the strike action began.

Following the story in many places (mentioned below) its amazing to learn how the management of Kurumba Village is out of touch with reality in terms of seeing the staff as a team and all the modern adjectives associated with team work etc. Grudging basic necessities such as air conditioning to staff in these five-star resorts to staff is beyond belief in this age and time in these world class resorts. This is all more bizarre that other 2 star and star-less resorts are able to provide better services and better pay to staff than kurnmba which is run by the biggest business group in the country.

A very relevant point one reader commented in Haveeru is that the cause of the strike have much less to do with the demands the staff has given to the management but to the policies of the managing company Par Aquam (A partner company of Universal) and how it deals with the staff. The writer states that the company introduces haphazard policies to staff and require immediate compliance, and the management company sidelines loyal staff who have served the company many long years infavour of their friends or acquaintances who take over those jobs (which is where the discrimination factor is). Generally the writer alleges the strike can soley be blamed on the management company’s attitude to staff rather than anything else.

Elsewhere talking to MNBC One, Mp.Easa the Tourism Employees Association’s president stated that the demands the demonstrating staff put to the management were actually rights enshrined in the labour law which cannot be compromised or talked over. Easa maintained these are not favours for the management to give but rights the staff are entitled. 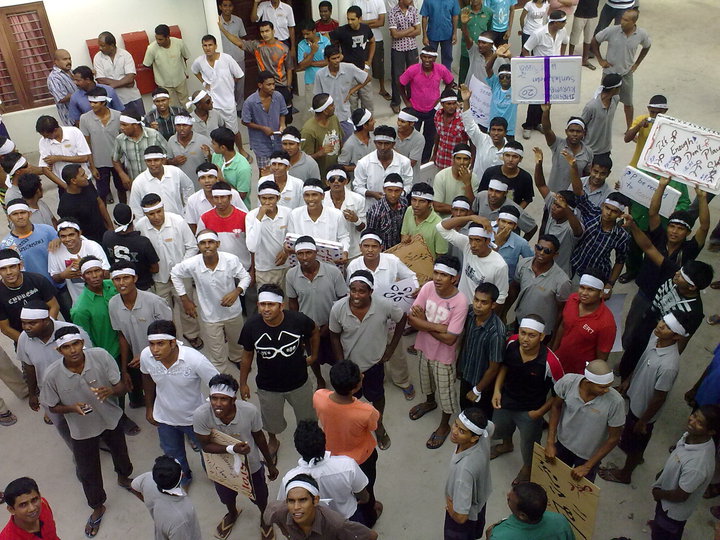 Yes Finally the Universal owned resort Kurumba Maldives formerly known as Kurumba Village is officially on strike! Despite catering for diplomats, prominent businessmen, and generally to an affluent clientèle, the resort has a tall list of grievances against the staff to address which is the reason of the strike. It is quite true that the staff of KV are low paid, poorly fed, and unlovingly accommodated whilst job and work discrimination exists to a level where it can be said to be above the sky. To cap the list of woes, the service charge which the resort charges from guests are cheated on while being distributed to the staff. Then there is the little issue of over working staff without overtime pay which is brazenly against the labour law and accepted norms of business. The situation was quite the same for 38 years and now it appears the staff are protesting these conditions.
Here is the story @ Velidhoo.com
Here is the story in Minivan News
The story is also on Maldivestoday.com 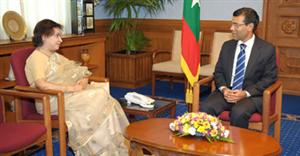 Here is a very good report in Minivan News on the issue of human trafficking in Maldives which is very relevant to the debate.

“Exploitation of foreign workers rivals fishing as the second most profitable sector of the Maldivian economy after tourism, according to conservative estimates of the number of Bangladeshi workers showing up at their commission in Male’ after being abandoned at the airport by unscrupulous employment agents.