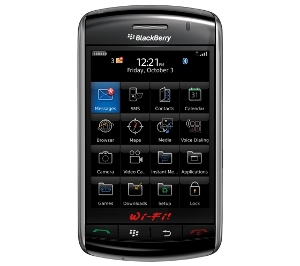 For those who loves lots of buttons on their phone, are reasonably paranoid about security, is a little bit obsessed with the latest the phone company provides, the latest Blackberry and Wataniyya join-up will be helpful. Wataniyya has infact sold out its stock of Blackberries and is awaiting a bigger shipment of phones very soon. The novelty is not in the phone but in the service. This time Dhiraagu has properly been beaten by Wataniyya on who gets there first with Blackberry. But lets read the fine-print. Important details are always dropped down to the bottom of the page in to the fine-print area hoping the majority of people would conveniently skip them over.

So there it is! The UNLIMITED mobile internet, email and social networking that’s deal here. This UNLIMITED word infact means exactly the opposite! The package is limited to 1GB and 1.5GB of data which is survivable if you can go without enjoying any online videos. The other two parts Emails and Social networking are even not relevant because typical emails and facebook statuses does not go beyond even a kilobyte of data. The real fine-print Wataniyya is hoping we conveniently look-over is the 1 laari per kilobyte they will happily charge if a customer goes over the 1GB monthly allowance. At that rate, an access of even 1Mb will be 10Rf which is not generous even by Dhiraagu’s greedy standards! 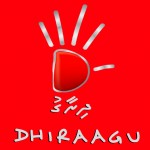 The recent hack on Dhiraagu which happened on the busiest days of the year certainly delivered a message for the country. Tourists from all resorts in the country would have experienced this as they would have tried in vain to connect back to their families to say “happy new year” via social media, VoIP etc. and IT folks would generally be trying to convince the guests that a whole country’s internet could somehow be sabotaged by some unknown saboteurs! Those who did the DDOS on the network now seems to have been apprehended and their reason for engaging in this behaviour according to them seems to be to give Dhiraagu (the sole local isp) a new year message basically saying “ You are over priced”, and “You are too slow.. we need more speed!” These messages are basically truthful but the way in which the message was delivered was clearly not bright. A whole country (the economy involved) does not have to suffer just because one has a message to be delivered.

That Dhiraagu is big and bad is acknowledged. It has always been that way almost from the start. Dhiraagu became a big unfeeling ugly giant monopoly (too many adjectives tha ?) thanks to the former regime which wanted to favour the then long standing foreign minister who was chairman of the board of that company for as long as people can remember. The company grew and grew (like the giant turnip ..!) till Wataniyya inevitably appeared after much calls by the people and international bodies that the services Dhiraagu is providing as the sole monopoly are very high. Even then Wataniyya faced uphill battle as it is squeezed in from all sides by Dhiraagu (much like what Microsoft did to other smaller fish around it!) and today Dhiraagu is still the only real isp in the country. The other one called Focus does not have a wired network like Dhiraagu so they use the cable TV networks which is not the same thing. Dhiraagu is now the isp over wired the network as well as wireless network all over the country. Wataniyya is only authorized to give limited isp service on mobile internet but even with which it is doing a splendid job.

A government’s role in business would be to ensure fair-play in business. Restriction one sector or service to one company over the whole of a country would create a situation like what we have in the country now. Just like the trade ministry okay’s any new retail shop permit anywhere, so shall the Telecom ministry. It should be up to the entrepreneur to take risks on a business of his choice.

While the majority of the world’s population now believes (4 of 5 according to a bbc report) that Internet access shall be a human right and be regarded such as basic infrastructure like roads, electricity and water, here in Maldives we are still in the dark ages of information technology. Majority of our Internet services are provided by Dhiraagu which is still believed to be the world’s worst telephone company. This is despite the fact that here in Maldives we can try every new telecommunications technology thanks to lack of big legacy systems which would have to suffer come any new technologies. Other big countries already with legacy infrastructure might have to worry about costs of revamping up to the new systems but here we are ‘a free new country’ open to all options.

The long lists of things we don’t have here is indeed long and in top of the list there will be:

And there are very good reasons why we do not seem to have them too.

1. there is no consumer protection because there are no laws for it. Its not peculiar to telecom customers and we have more pressing issues like lack of laws for money laundering, dealing with counterfeit currency etc. Even now police have in custody a currency counterfeit suspect who will be released the moment he will be presented to court! Its understood that police and PG are in talks to frame the criminal in a ‘bindable’ case so as to let the justice prevail.

2. choice: There was no choice till Wataniyya came and it came too late and too slow. Prior to Wataniyya there were the dreaded price sheets we (older batches of resort receptionists will remember this) would rather hide than show to guests for fear of open revolt simply because the rates were beyond reason! The rates were international calling rates from Dhiraagu and the rates were simply preposterous. Like 10$ per one minute etc..

3rd; recourse to judicial proceedings: This is very tricky issue as our courts are very selective in the proceedings and anything can be expected. We do not blame the courts and its all down to law makers to make suitable laws, the police to submit suitable evidence, and arrangements for witness protection programs etc in case witnesses were subjected to threats and intimidation..

4th; fair price… This is not common or understood terminology in Dhiragu it seems. Ask any Sri Lankan or Indian about the prices they pay in their respective countries for the same services they get here and be mildly surprised. eg; Even for their latest gadget, the wireless modem is hopelessly overcharged cos its still limited. 2500rf first plus 250rf each month is still way too expensive for a limited Internet package which can be used only for reading news headlines or email headers..

Countries across the world are thinking big when it comes to their visions for future. In the EU and US a collective recognition that they are still using the same basic design Edison crafted as his bulb got them thinking and at last they are going to ban the bulb. The incandescent bulb that is. Beyond 2015 such bulbs as we use in our lamps will be collectors item. In the fast paced Singapore they have become absolutely fed up with everything low tech and they have decided to do something about it. They are going high tech and going about it big. From day to day electronic items to invisible public infrastructure devices, everything is going to be connected, networked and integrated with high tech and thinking machine capabilities. Just a few days back analog TV signals were switched off for good across the United States after 6 decades of continuous duty replaced by smoother, higher definition digital technology which does the same, only much better. The same process has been going on in the UK albeit slower paced giving ample time for people to do the final switch over in 2012. Here in the Maldives we also have an ambitious plan. Recently our president Mr. Nasheed announced to the world that Maldives will be the first carbon neutral country in the world. The time frame is 10 years and hopefully by the end of 10 years we shall have been able to swith over from diesel generators to other renewable sources of energy. And we are not speculating about the future.

Coming back to the present we have the small matter of digitally haves and have nots. Here in the resorts of Maldives we (the staff) certainly are have nots when it comes to mobile phone coverage, acceptable phone tariffs, availability of Internet and of course the speed of data transfer. The problem of course is the exorbitant fees the service provider charges on resort managements and the lack of competition in the area of telecommunications. Up until very recently everything that is telecom is monopolized by Dhiraagu which had in its board members, government (former) appointed ministers and enjoyed cozy opaque relationship with the regime. The same is true to a certain extent still and the monopoly is stifling development in the sector. Enter Wataniyya in 2006 in a wholly transparent manner to the market and yet the market seems not to budge. Wataniyya is at a disadvantage when it comes to installation of telephone towers in resort islands to improve mobile coverage as resort owners and operators do not wish to have more than one telephone tower in their resorts and Dhiraagu (which has about 80 towers in the islands including resort islands) refuses to share antennas with Wataniyya thereby weakening their position. Part of the problem being the government body which has authority on these issues is toothless and is not independent. As for the Internet most resorts (which are very few..) which provides Internet services free for staff (Such as wifi) do so mostly in an off-handed absent-minded manner. Most of the time such a benovelence is an afterthought rather than acknowledgment of a legitimate need. Money of course is the problem as Dhiraagu charges exorbitant fees for data transfer in resorts as there are no other parties are allowed in Maldives to operate as service providers. Focus info com which operates in Male and pretends to operate in other islands has to buy their capacity from either Dhiraagu or MediaNet (a local cable TV company which has a fiber optic ring one of the two in the Maldives… the other of course belongs to Dhiraagu).
The solutions we propose are:
The government has to come upon Dhiraagu hard on anti competitive behavior.
The telecom authority has to grow their own set of teeth.
Public awareness has to be increased on the issue of Dhiraagu overbearing attitude towards this sector especially as our current government seems to be very fond of privatization.
The members of parliament shall table a bill requiring all Internet service providers of the country to dispense wifi free Internet in schools, hospitals and public institutions like libraries mosques etc…
Resort owners and operators has to come to an understanding that keeping their staff behind the digital divide will bring them no laurels.